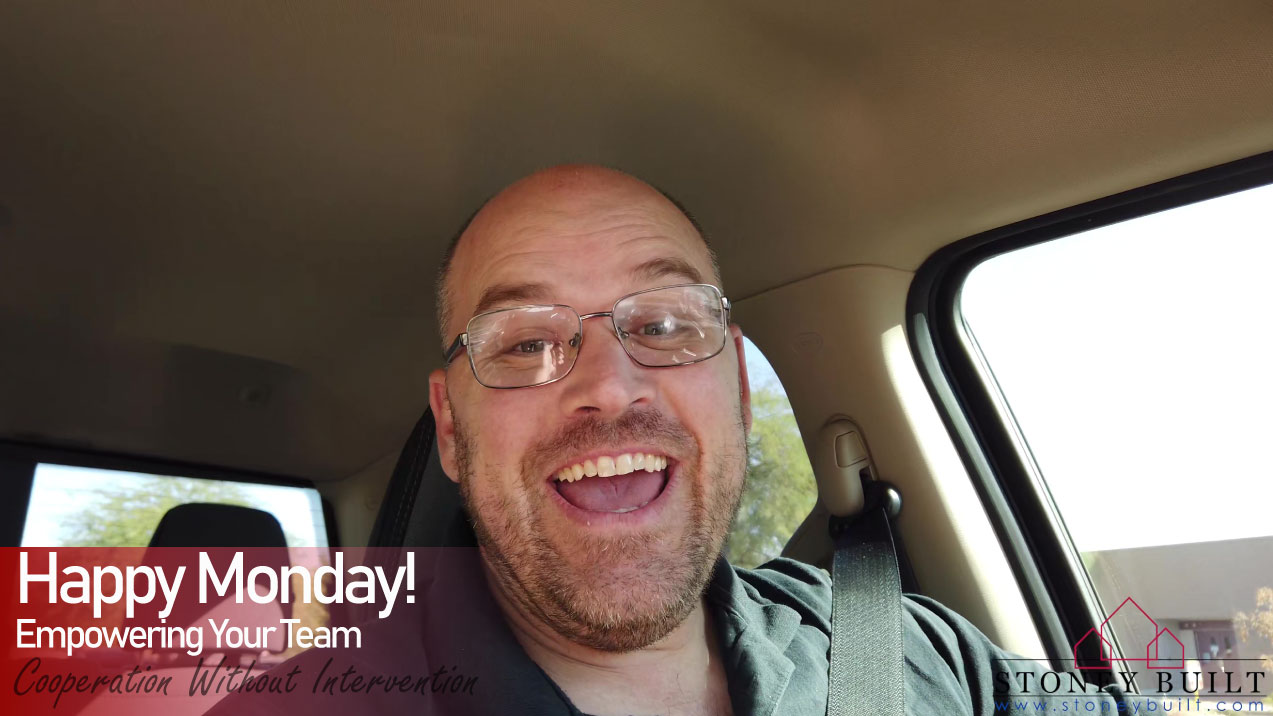 Empowering your team with trust and responsibility

I’m sitting here in my truck and a thought occurred to me that I’m going to share with you, a creative way to delegate responsibility on scheduling and get stuff done by empowering your team.

We had a situation, that happens commonly. When we’re flipping houses or getting houses ready to sell, and time is of the essence, so we’ll schedule 1 trade on Monday, another on Tuesday, Wednesday, and Thursday, but inevitably “life happens”.

The situation that we had today involved the drywaller the painter and the countertop installers all showed up on the same day at roughly the same time. The drywallers got there first and they got the cabinets masked off and they started working on the backsplash and some repairs around the house, then the countertop installers showed up. Obviously, countertops can’t be installed until after the drywallers and the painters finish patching texturing, and painting the kitchen, so my phone started ringing.

First, the drywallers called me to let me know that the countertops were there but that the drywall wasn’t even finished let alone painted, then a few minutes later the countertops team called me to find out about rescheduling, as the paint would still need to be done and have time to dry. So, because of the culture between our crews, I was able to have the countertop superintendent call our drywaller and schedule times with each other so that they wouldn’t be in each other’s way.

Then, basically, instead of me having to micromanage and fix the issue, they were able to communicate with each other on who could work in which room at what time so that they weren’t in each other’s way.

So, because I have been empowering my team, my team leaders had my trust they were able to coordinate with each other in less than 15 minutes and the work in the house was able to progress without me having to add that to my plate. PERFECT!

So putting my crew supers in touch with who they will be working with, seems like it will be a very good solution going forward!

Talk to you again soon.